A strong advocate of non-violence Mr Lodha has chosen the Gandhian path to greatness, all at a very young age of 38 by making history with his appointment as the youngest ever State Minorities’ Commission member in India, by Honourable Chief Minister of Tamil Nadu, an appointment comparable to the rank of a Minister of State, which has been served with grace and a sense of duty by him where by the minorities communities are well regarded, included, promoted and protected and his contribution in synergising the Indian youth worldwide is laudable. 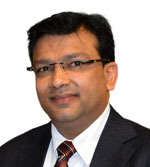 He has also been blessed to have an audience with Holy Highness Pope Francis on 1st June 2016 and had a one to one conversation on humanity. Now, he has also had the privilege and honour to address at the White House on 7th October 2016 and spoke on humanity, Interfaith and Ahimsa, where all the Congressmen and Senators & Interfaith Leaders were present.

On the 1st October 2016, he was awarded an “HONORABLE INDIAN” award for Youth Development, Community Development and Interfaith Promotion in acknowledgement of his singular achievements in the many spheres of influence and activity in which he is involved and in appreciation of his noteworthy legacy in advancing India-Dutch relations.

In recognition of his contribution towards minorities and youth of India, he has received appreciation and been applauded in person by His Royal Highness, The Prince of Wales in January 2015. In October 2013 you had had an opportunity to attend and chair a session on “Global Education” chaired by President Clinton. He has been appreciated for championing and organizing the “Teaching Awards in Engineering” an initiative that has received the acknowledgement and recognition of the Honourable Prime Minister of India, Shri. Narendra Modi. As “Ambassador” for Council for Parliament of World Religions, Chicago he has addressed the parliament establishing your implicit confidence, expertise and unwavering approaches in enabling fruitful and meaningful religious thoughts, an organisation wherein illustrious Indians like Swami Vivekananda and Virchand Raghav Gandhi Participated and spread the fragrance of Great Indian philosophy of this ancient country. He has also been specially invited for interaction with 8 Nobel Laureates at Nobel Solutions Summit by NDTV.

Mr Lodha’s intense dedication, hard work and leadership secured the “Jain” community a Religious Minority status in India which had been pending for over 70 years and locked in many legal hurdles. In recognition of his service, the Institute for Jainology UK honoured him with the status of Honourable Patron of the Institute recognition previously bestowed on Shri. Atal Bihari Vajpayee, former Prime Minister of India, and LM Singhvi, former Indian High Commissioner to the United Kingdom. Mr Lodha is an extempore speaker who has delivered speeches at the “Ahimsa” day celebrations in House of Commons, London, and at the Council for Parliament of World Religions, and has used these opportunities to unite people in India and overseas to work towards the unified vision for non-violence. He has been conferred with the title of “SamathuvaSagotharar” (Brother Equanimous) for efforts done in unifying the Minority communities. As many as 14 titles such as ‘Yuva Jain Ratna’ , Star achiever award and many more by various associations for community development has been bestowed on you.

In March 2014 Mr Lodha became the youngest Chairman of Exnora International, the World’s largest NGO on Environmental Protection, a Civic movement having over hundred thousand members that is best known to have empowered people to deal with garbage disposal and environment protection. Currently, there are 800 Civic Exnora’s. Going forward the Exnora team under hi r leadership will focus on, Zero solid waste management, restoration of water bodies, renewable energy, terrace farming, tree planting, safety, use of technology to scale operations and most importantly, Exnora will strive to ensure participation of few hundred thousand youngsters in this service.

Ever since he completed MBA from Australian and American Universities at a very young age of 21 years, he has been on this winning streak, receiving accolades and adulations for your enterprising enthusiasm and endless commitment to social causes. His entrepreneurial streak and strategic thinking has helped him make a mark and excel effortlessly in diverse business sectors such as Education, Housing, Merchant Banking, Garment Exports and Retail! As a result, you have won encomium from the Government of India’s most dynamic “Youngest Entrepreneur Award” and also TV’s show “Best industrialist Award”.

He was been invited by the Government of Taiwan to attend the “2013 Taiwan Study Camp for Future Leaders from South Asia”. He has travel to more than 69 countries for business promotions and as a government delegate pales in comparison to your prominent positioning on behalf of the poor and vulnerable! As a passionate promoter of blood donation as a Lion’s club member, he has indeed walked the talk through your 49 blood donations till date and has donated his Entire Body Organs to the Medical society.

What more can be his Great service to humanity? Profiting people is more of his priority and piety as evidenced by his personal mentoring of poor youngsters who wish to establish entrepreneurial ambition. His commitment to the various offices held with charitable institutions are serious and genuine. A combination of competence, character and compassion is a minority these days and when all the three combine along with charisma in a single person, it cannot be missed! Such a person gets noticed both by the common men and those in high offices. 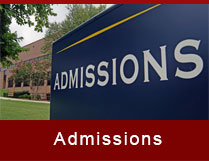 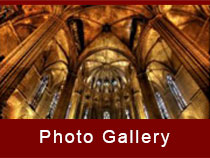